I decided to make some completely random spell casters. I came up with four motifs:

I decided to randomize what School via 1d6.

The results are a lot more interesting that the standard MU equipped with Magic Missile and Detect Magic. 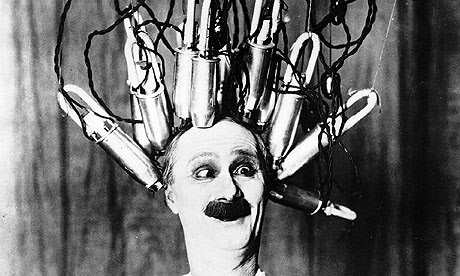 Pockets crammed with little gadgets, most of which don’t work. The few that do have very limited charges. The Inventor is sure that his next invention will be the one that brings him fame and riches.
School: Illusionist
Spells:
Bobble Wisp: A small floating bottle that hovers and bobs around the Inventor shines like a  torch. When shaken vigorously, it lights up. Good for one use each day. Range: Short radius. Duration: 1 turn/Level.
Octarine-tinted Spectacles: Special glasses that allow the Inventor to read magic scrolls and spell  books. Range: Self. Duration: 1 turn/Level.
Thingamaface: A thin network of nearly-invisible silver wires that, when worn over the face, pulls and pinches the features enough to changes your appearance enough to not be recognized. It has several settings. Tailored to the Inventor’s face, and mostly used to avoid creditors. Range: Self. Duration: 1 turn/Level. Carries a number of exotic potions with which he preforms endless, inscrutable experiments. Most have no practical purpose, and, while he knows an awful lot about the lives of germs, the Plague Doctor is useless at healing actual people.
School: Necromancer
Spells:
Aetheric Consultation: By stuffing the nose of his mask with the proper aromatics, the Plague Doctor can enter the proper state of mind to speak with the disembodied. Does not guarantee spirits are helpful, honest, or even present. Range: Long. Duration: 1 turn.
Spore Accelerant: As part of his researches, the Plague Doctor often needs large quantities of fungi. He can mix up doses of a powder that, sprinkled on food or water, will cause the rapid growth of foul-smelling (but mechanically useless) fungi. Putrefies 1 cu. ft./Level of food or water. Range: Touch. Duration: Permanent.
Contact Somatosthesia: The Plague Doctor carries a mild anesthesia, which, if spread on an object, will cause mild numbness and tingling when that object is handled. Weapons so treated gain -1 on attack and damage. Range: Touch. Duration: 6 turns. 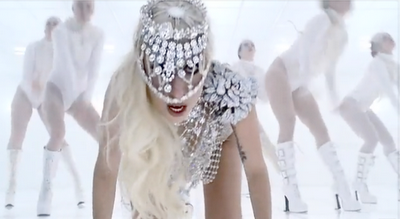 Crystals grow out of the Poor Sap’s skull. It’s extremely unpleasant. The poor sap is a desperate adventurer, hoping to find a cure for her condition before the crystals take over. She has, however, learned to exert some control over the parasites.
School: Necromancer
Spells:
Photophagy: The crystals feed off light, and can consume so much they actually create small diameter sphere of impenetrable darkness. Range: Long. Duration: 1 turn/Level.
Exhale Spores: The crystals usually infest corpses, and are adept at seeking them out. By exhaling and then following a glittering cloud of crystal spores, the Poor Sap can find corpses, including the undead. Range: Medium. Duration: 6 rounds/Level.
Minor Life Drain: The crystals can steal minute amounts of life force from other living creatures—not enough to do damage, but enough to cause light-headedness and weakness. Targeted enemies suffer -1 on attack rolls, damage, and morale checks. Must be cast before combat begins. Range: Medium. Duration: 6 turns.

I guess this person was raised by... magic hedgehogs?
School: Eccentric
Spells:
Tunnel Chatter: The Hedgehog Mage can bounce the sound of chattering hedgehogs off tunnel walls, controlling the distance and direction the sound appears to be emitting from. A good way of distracting predators. Range: Long. Duration: 1 round/level.
Summon Spring: By digging a whole in the ground, the Hedgehog Mage will unerringly find a clean source of potable water. The spring will provide 2 gallons/Level  of pure water before drying up. Range: Touch. Duration: Permanent.
Spirit Quills: The Hedgehog Mage can imbue an object with glowing quills of magical energy. Normal, swingable objects are turned into a weapons (equivalent to a pick, I guess). Weapons gain +1 on attack and damage. Range: Touch. Duration: 3 turns.