November 14, 2019
Having gone through the extraordinarily unusual step of actually play-testing a home-brew, I now present a second iteration of 5e One-Shot. 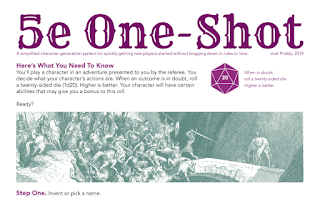 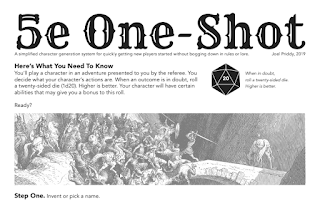 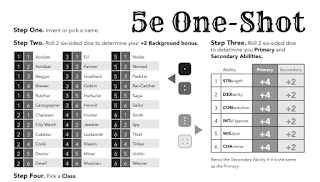 
If you get a chance to do anything with this document, I'd love to hear about!