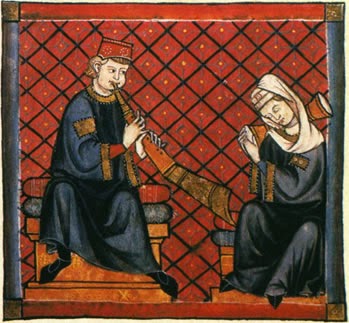 Delving Deeper, like Oe and B/X, has lots of 1d6 skill rolls scattered throughout the rules—listen at doors, open a stuck door, detect traps. Except for the thief skills, DD's skills are pretty much the same as the early editions and other clones.

Being someone who would much rather learn a guiding principle than memorize/look up specific instances, I decided to gather all the skills together and see what I could do with them:

Evade Pursuit (Dungeon)
Everyone: 2 in 6

Remain seated when struck in mounted combat: 5 in 6

Alright. Having them all in one place made them seem more coherent, and easier to boil down into a principle. What follows is how I plan apply them to my game. A couple notes:
1. My game uses the Adventurer, who replaces the Thief as the skilled expert in the party.
2. I'm ditching most of the mechanical differences between races. You can be an ogre, viking, or leprechaun, but if you solve problems by fighting, you're a Fighter. 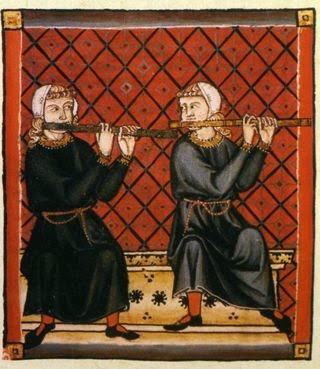 DD/Oe/BX Skills
All player characters are considered generally competent and well-adapted to the campaign world. As such, it is assumed that they will succeed in any ordinary task they attempt.

When faced with a difficult task, the player should explain to the GM how the character attempts to solve it. Well-reasoned explanations should succeed.

Most tasks can be resolved without recourse to the dice. When the outcome is genuinely in doubt, the character succeeds when the player rolls a 6 on 1d6. This is a 16.67% chance of success.

If a character is in their native environment (City, Country, Wilderness, Sea, Underworld, etc.), they receive +1 to appropriate checks (hide, surprise, spot hidden, etc.). This is a 33% of success.

If a character has a 15 or greater in the most relevant attribute for a given check, they receive +1.

The GM can assess a +/-1 bonus or penalty based on significant environmental or circumstantial factors.

A high-level Adventurer will find themselves in contexts where they are guaranteed success. They are still bound by the physics of the campaign world and the good sense of the GM.

If a character wants to have a particular incompetence—they don’t get along with horses or they can’t dance, this should be role-played, and does not need to be mechanically modeled.

More Notes
3. It's not granular at all. A +1 is a big bonus, worth working for, and significant enough that the GM should be pretty stingy with them.
4. There's no bell curve. I totally get why people like weighted results, but the percentages for this are easier for me to wrap my brain around on the fly.
5. Players might find it austere. Even if the percentages are same, it may feel better to roll d100 and feel like you have 16 chances of rolling a success instead of just one on a d6.