I've been playing a lot with the kid, mostly by-the-book Holmes. I bough the kid his own copy of the Blueholme Prentice Rules, which makes for a great introduction. It's clearly written, a nicely digestible amount for a kid to wrap his head around, and the public domain fairy-tale art looks great and passes the parental appropriateness check.

This is my first time as an adult even attempting to play rules-as-written, and it's been a great experience. If Blueholme Compleat were out, we'd definitely carry on with that. But, now that our characters are starting to get up in levels, we need to transition to another ruleset.

The kid wants to trade off GM'ing sessions with me for some friends, this summer. To make things easier on both him and his friends, I'm back to hacking a simplified ruleset.

I've abandoned some of the scaffolding I built into my earlier attempts at a set of Kid's Rules. The kid wants real damage, the possibility of death, and was entirely disdainful of my Luck mechanic.

Instead, I'm doubling down on old school mortality by running funnels. I'm trying to make it clear that the players should expect to lose characters in the first adventure, and that the goal is to have one character make it to first level. My kid likes it, but he's had some time to get into the D&D mindframe. We'll see how the others fare.

Anyway, here are the Races we've been using, so far. We started out using +Richard LeBlanc's Animal Classes, but I'm ditching race-as-class, despite my great fondness for it. But then, I'm also ditching Class in favor of more ala carte Training Levels.

Bet you can't guess which race was invented by a seven-year-old. 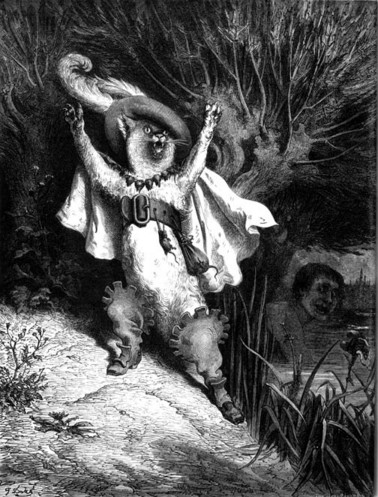 Cat
High Stat: Dexterity
Low Stat: Strength
Nightvision: Cats can see in the dark.
Balance: Cats get +2 to climb, balance, and only take half damage (rounding down) from falling.
Small: Cats are too small to use Large weapons.

Dwarf
High Stat: Constitution
Architecture: Dwarves get +2 to spot details related to underground environments, including traps and secret doors.
Craft: Dwarves get +2 to make and repair objects.
Greed: Dwarves must succeed at a Wisdom check in order to ever resist going after treasure, even if they know it’s unwise.

Elf
High Stat: Dexterity
Low Stat: Constitution
Keensight: Elves get +2 to spot hidden details, or to notice things from a distance.
Wildland Guardians: Elves get +2 to sneak, hide, or survive in the wilderness.
Fey: The touch of iron hurts elves, making them unable concentrate. Elves are at -4 to all rolls if touching iron or steel.

Faun
High Stat: Charisma
Low Stat: Wisdom
Music: Fauns cast spells by playing music, which they can do while walking or dancing. When they first learn Spells, they will begin with either Sleep or Charm, plus one random spell.

Lizardfolk
High Stat: Strength
Low Stat: Charisma
Aquatic: Lizard-people swim well, and can hold their breath for a number of minutes equal to their Constitution.
Scaly Skin: +2 to Armor Class unless they are wearing Medium or Heavy Armor.

Monkey
High Stat: Dexterity
Low Stat: Wisdom
Climb: Monkeys get +4 to climb, and can perform other activities, including carrying things or fighting, while climbing.
Small: Monkeys are too small to use Large weapons.

Rabbit
Fleet Feet: Rabbits move quickly, and get +2 to AC when running away.
Long Ears: Rabbits are +2 to any roll based on hearing.
Small: Rabbits are too small to use Large Weapons.

Giant Banana with Legs
Slippery Peel: Three times a day, shed skin to slip up opponents. As long as the Banana does not move from the shed peel, any approaching opponents must make a Dexterity check or slip and fall. They must spend a round getting up or attack at -2.