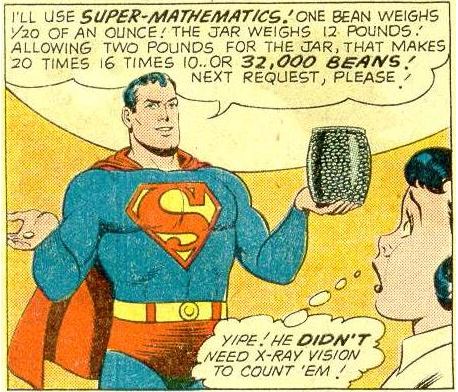 I'm enjoying my time with the TinySupers. It's simple enough to learn on the fly, but flexible enough to model a variety of different activities. The light, elegant mechanics have really freed up my imagination, making game-prep easier with better results. However, I've been feeling that it is entirely too easy for players to gain Advantage on nearly every roll. So I typed over to anydice to see how big a problem this is.

Here are your chances of failing the various types of rolls in Tiny d6:

This looks pretty bad to me.

The worst roll you can make in the game, the Disadvantaged Test, has a 67% chance of failing, or a 1/3 chance of success—hardly a longshot. That's about where I would expect the Normal Test to be. The Normal Test, representing a person attempting an action with no particular expertise or strategic positioning, has a 44% chance of failure, well less than half. From there, between the ease of gaining Advantage and the number of abilities that grant Focus, failure becomes a remote possibility.

It's pretty well established that failure drives engagement in games. You want failure to be prominent enough that the successes feel significantly rewarding. In video games, 80% is often thrown around as a benchmark for how often a player can fail. More and they may get frustrated. Less, and they may get bored. This doesn't translate directly to ttrpgs, of course, where a lot of the failure-engagement occurs when players explore and strategize and position before they roll the dice. And not all rolls are the same. Combat rolls should have a higher rate of failure, because one can roll several times in a combat. Skill checks should have less swing, because one will typically only roll once.

I say, this looks bad, but is it? But the game hasn't felt broken—just a smidge too easy. I'd be fine continuing to play the game as it has run for the past couple sessions. However, my players made their characters without knowing the system at all. If they were harboring thoughts of optimization (which, no judgement. It's hard not to), they weren't familiar enough with the system to do it well. I think second-generation characters may have a startling easy time.

Take the last item on the table. "Marksman + Focused Advantage" involves a Trait that lets Focused ranged attacks succeed on results of 3, 4, 5, or 6. Weapon Mastery in a ranged weapon gives one Advantage on every shot. The Tier 3 Blast super-power gives you Focus on your ranged attack. You then have a guaranteed 96.3% chance of success all day long. That's maybe one failure per campaign. Combat isn't everything. But I think a lot of players (especially younger ones) will have a hard time resisting the temptation to build gushing firehouses of damage.

I hope to keep using Tiny d6 for long-term play. I really like TinySupers, and I've been poring through a copy of TinyTaverns with much interest, and I'm very curious to check out their space opera game, TinyFrontiers. I don't want my players to get bored with the system after a glut of easy successes.

For the most part, that looks better to me. Maybe too harsh? Focus and Advantage, in particular, feel a bit anemic.

What if we go back to the regular success range, but upgrade the die size?

Oh dang, that might be the porridge Goldilocks ate! (Not great for the branding of the Tiny d6 system, however.)

But do I know what I'm talking about? Absolutely not. I can't put much stock in my sense of what "looks right." Gallant Knight Games doubtlessly did plenty of play-testing before choosing the mathematical undergirdings they did. Still, It's interesting to see the numbers, and I'll be thinking about this as we play out the rest of the current mini-campaign.

As mentioned above, combat can support more failure than other parts of game-play. Maybe the d8's need to come out when we're in Initiative?

If you have played Tiny d6, I'd love to hear about your experiences with success and failure. If you're Alan Bahr, or someone else who has designed in the d6 space, I'd be eager to hear your thoughts on the topic, too.