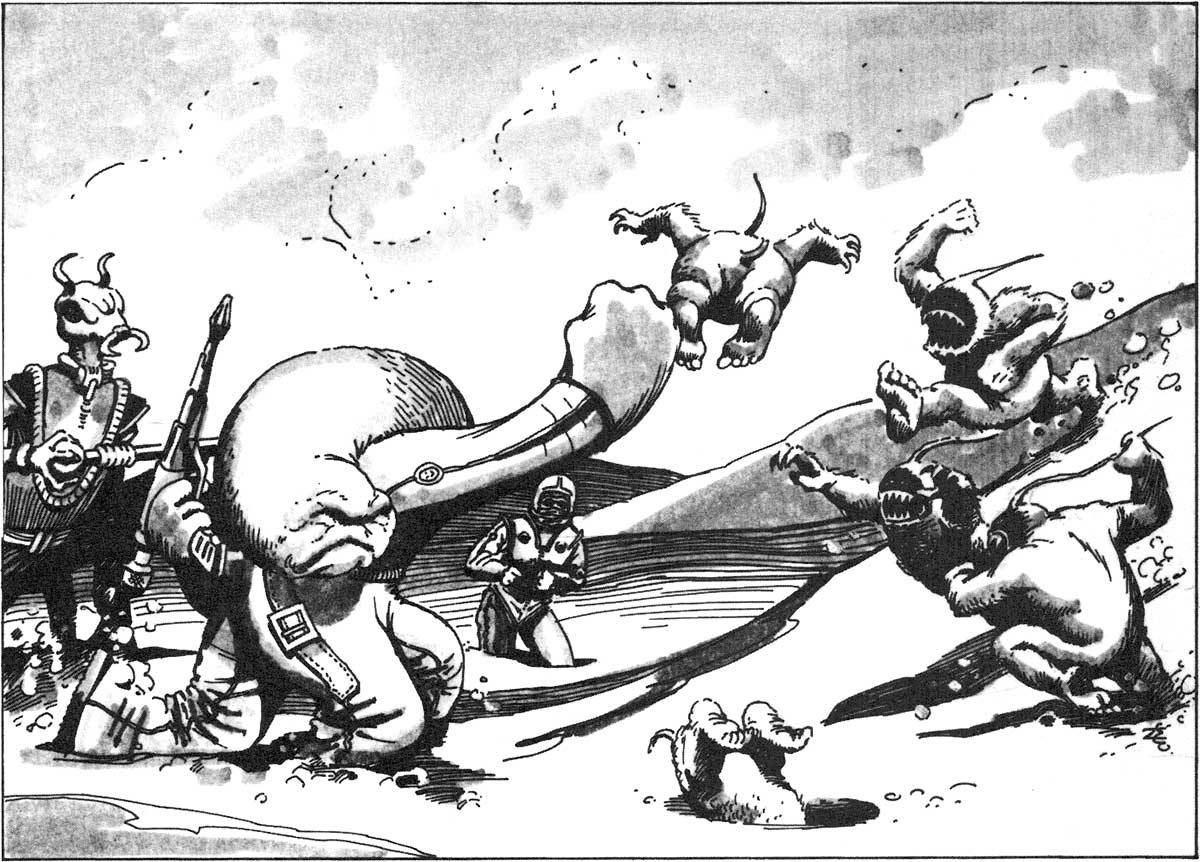 This summer might require some one-shot filler sessions for one of my campaigns, as various players wander off on vacations. Feeling some nostalgia for Star Frontiers, I made a Landshut variant:

I may have played more Star Frontiers than D&D, back in the day. Having grown up on Star Trek and Star Wars and Isaac Asimov, I was eager for a science fiction rpg, and this was the one that clicked with me. It hit a sweet spot of just-enough world-building to feel distinct, but not enough to collapse under its own weight.

I don't remember much of the mechanics, other than it was a percentile system. At the time this struck me as very sophisticated, but I find double d10's distastefully granular now. It has the sort of persnickety skill system that drives me up the wall. And while I feel a fiddly affection for the paired attribute system, I recognize it too as unnecessarily baroque.

All of which is to say, I was happy enough to ditch the mechanics but keep the society of drasalites, vrusk, and yazarians, brandishing stun-batons, gyrojets, and needlers.