February 27, 2018
I'm adding some house-rules and what-nots to an edition of B/X Purple Core, and decided I wanted some Grappling Rules: 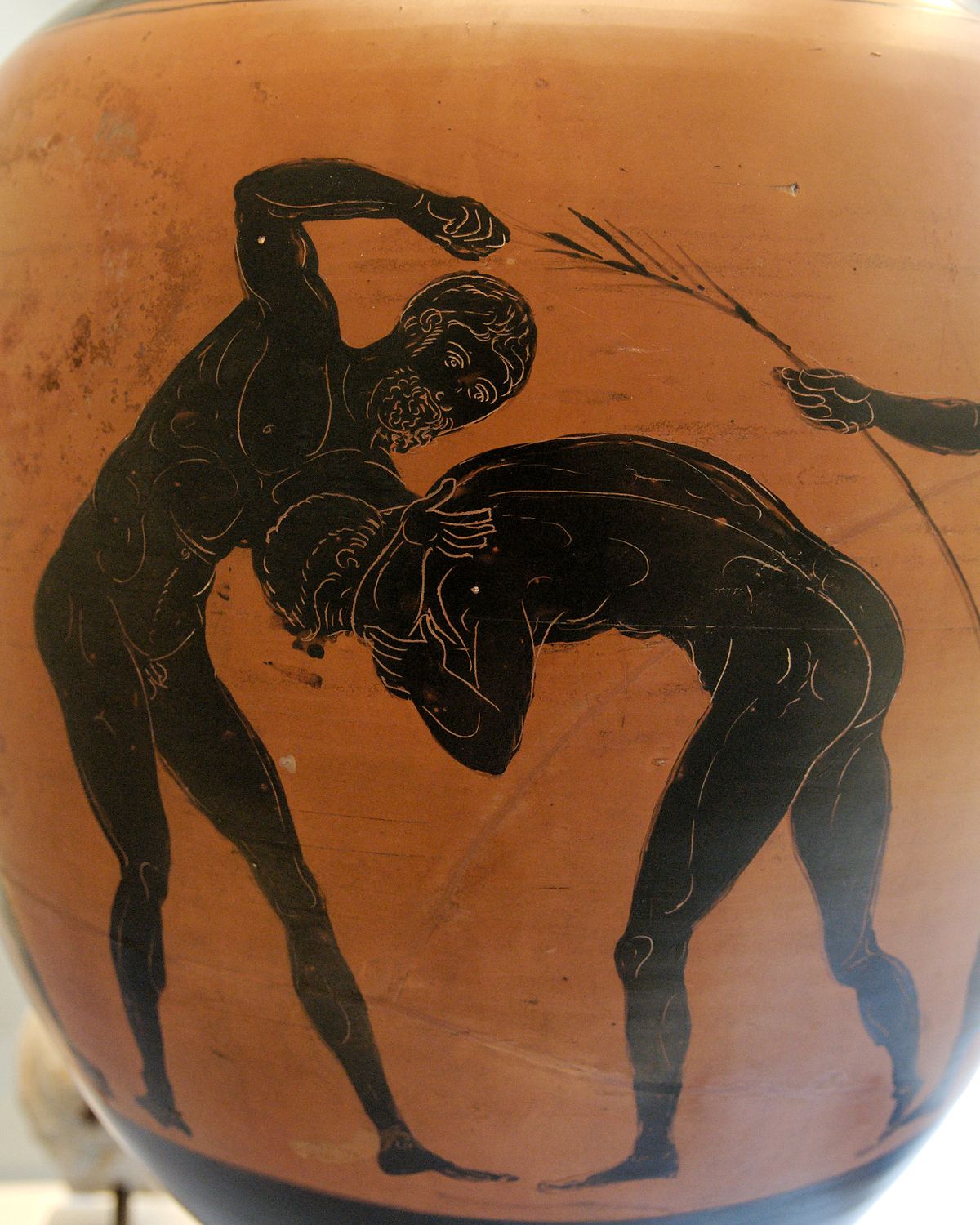 Grappling (Optional Rule)
If a character wishes to pin or overpower an opponent, they may attempt to grapple them.

Generally speaking, as many as six grapplers can engage a single defender. Each grappler must succeed at an attack roll against the defender. The referee may choose to wholly or partially ignore armor for purposes of this attack.

Roll the HD of each combatant on both sides.
• If the grappler’s side has the highest result, the defender is immobilized. They can be disarmed, tied up, pinned to the ground, or pushed in any direction at one quarter their movement.
• If the results are a tie, the struggle continues and everyone must roll again unless both sides agree to discontinue.
• If the defender has the highest result, they have broken free. The grapplers are thrown back 5’ and unable to act for one round.

Once engaged in grappling, neither side can take any additional actions, including movement, drawing or readying weapons, or casting spells, until the grapple is resolved.

Grappling with Small Weapons
If either side is armed with small weapons which the referee allows can be brought to bear close combat, like knives, or natural weapons, like teeth and claws, the results are as follows:
• If the grappler’s side is armed and has the highest result, the defender is immobilized and may be killed. The defender should roll Save vs. Death/Poison. If successful, they take normal weapon damage. If failed, they are dead.
• If the results are a tie, a member of the side facing the weapon takes normal weapon damage.
• If the defender is armed and has the highest result, they have broken free. The grapplers are thrown back 5’, unable to act for one round, and take normal weapon damage.


NOTES
This is basically OD&D grappling, as presented by Gygax in Strategic Review #2, but with a few changes:

B/X’s different Hit Dice. I think it makes sense for fighters to be better at wrestling than wizards.

Use of weapons. It’s clear that there are times when a small weapon is better than a big one. Being locked cheek-to-jowl with an enemy seems chief among them. I think this does a better job of modelling the advantages of a small weapon than, say, the Holmesian double-strike.

The chance of auto-death may seem extreme, but it’s really not that much different than having an immobilized opponent, if death is your intent. And I like it when Conan still has to worry about a knife between the ribs. And this could make a swarm of kobolds with pointed sticks a proper threat.

However, it overlaps with some established B/X rules (as quoted from B/X Essentials):


Helpless Opponents
Helpless opponents, such as those sleeping, bound, magically frozen, etc., are automatically hit by any melee attacks in combat. Only a roll for damage is required.


Non-Lethal Combat
Any characters that wish to subdue an opponent must announce that they are attacking without intent to kill. All hand weapons with a blade may be employed to deal blunt blows with the flat of the blade.

Combat and damage are calculated normally, noting how much damage is non-lethal, “subdual” damage. A character or monster that reaches 0 hit points due to subdual damage is knocked unconscious.

Monsters may only be subdued in this way at the referee’s discretion.


I've never liked the idea of tracking subdual damage. And modelling damage to a helpless opponent strikes me as something that calls for a ruling more than a rule. But this is a shift that could have some longer ranging repercussions. It needs play-testing.

Feedback and critique is solicited and welcomed!